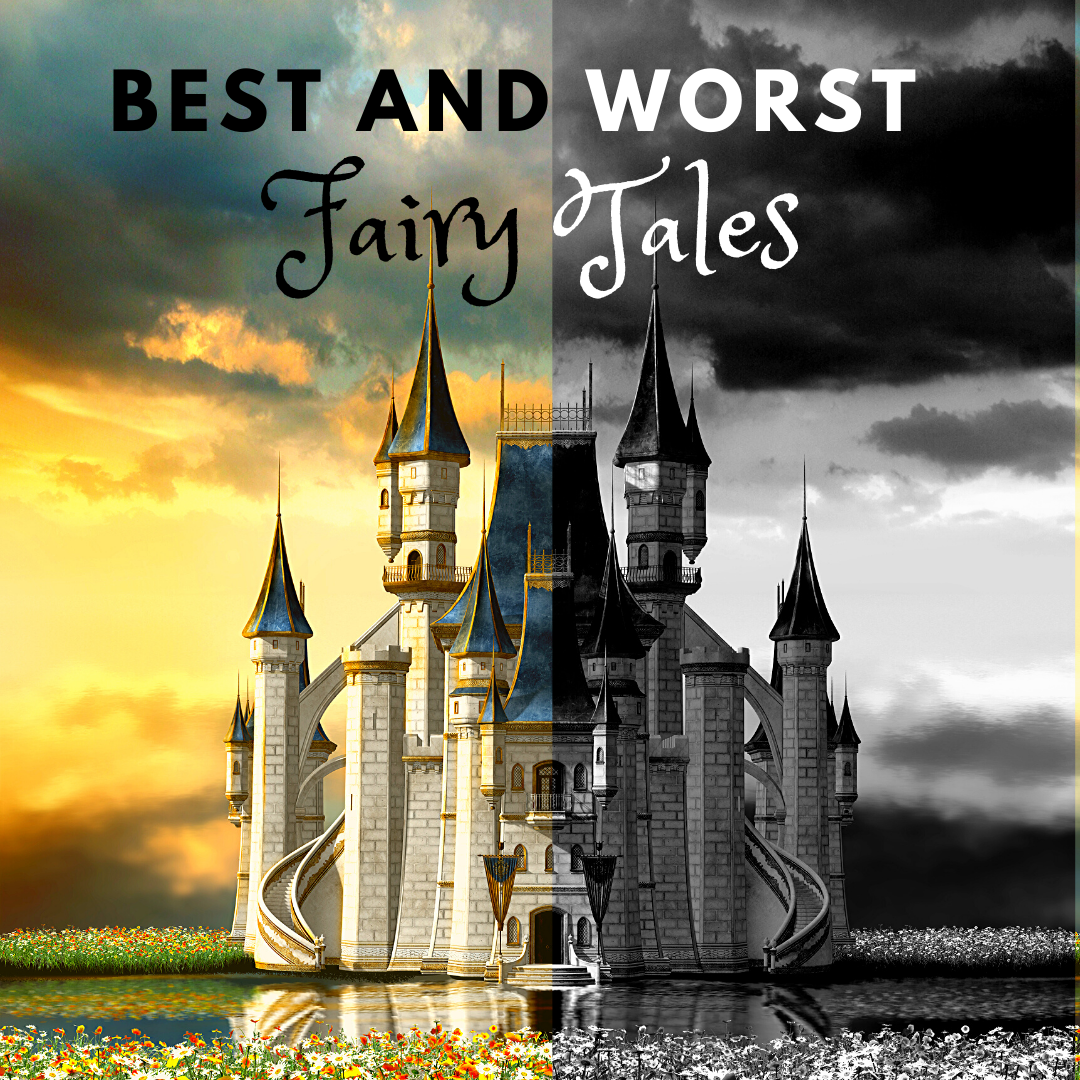 My new book, SLIPPERS AND THIEVES, retells the Cinderella story. As part of the launch tour, the brilliant folks at Jazzy Book Reviews asked me to discuss my most and least favourite fairy tales. I love this question so here goes…

THE THREE WORST FAIRY TALES IN THE HISTORY OF EVER, IMHO

Three. Princess and the Frog

In this story, the princess is a witch-with-a-b who chucks a defenseless amphibian against a wall. Not okay. She’s then rewarded for this violent behaviour (I’m making finger quotes while typing rewarded) by getting a prince. Eew, eew, eew.

Two. Princess and the Pea

Here the so-called princess is identified by her ability to whine about bedding. Being a high-maintenance guest should not be equated with royalty. That’s just being a douchebag.

This is another tale that I place in the category of high-maintenance behaviour mistaken as cool. Breaking and entering is against the law, end of story. If one is in need of support, then it’s appropriate to wait outside the home for the family to return before helping yourself to their shit.

This one is more of a myth than a fairy tale, but this is my list, so nyah. Athena is the Greco-Roman goddess of war. Even though she is the only deity (other than Zeus) who can wield the infamous thunderbolt, she normally uses clever ruses to defeat her opponents instead. That’s class.

The Isis myth was a top story in northern Africa for more than 40,000 years. Its lessons even informed ancient Egypt, a culture that survived 3000 years (that’s more than ten times longer than the US, for those who are counting.) The tale is all about doing the right thing over materialism. Yes. I write about Isis in more detail here.

This is my all-time favourite story and I adore the Grimm’s Fairy Tale version. In the original, Cinderella gets her own ass to the ball. No fairy godmothers involved. I adore this take on the character and definitely was inspired by that approach when writing my own Cinderella book.

So there you have it—my worst and first fairy tales. Hope you enjoyed my list!