SCYTHE Only 99 Cents On Apple Books

POSTED ON May 13, 2020 BY Christina Bauer IN Christina, Dimension Drift, New Releases 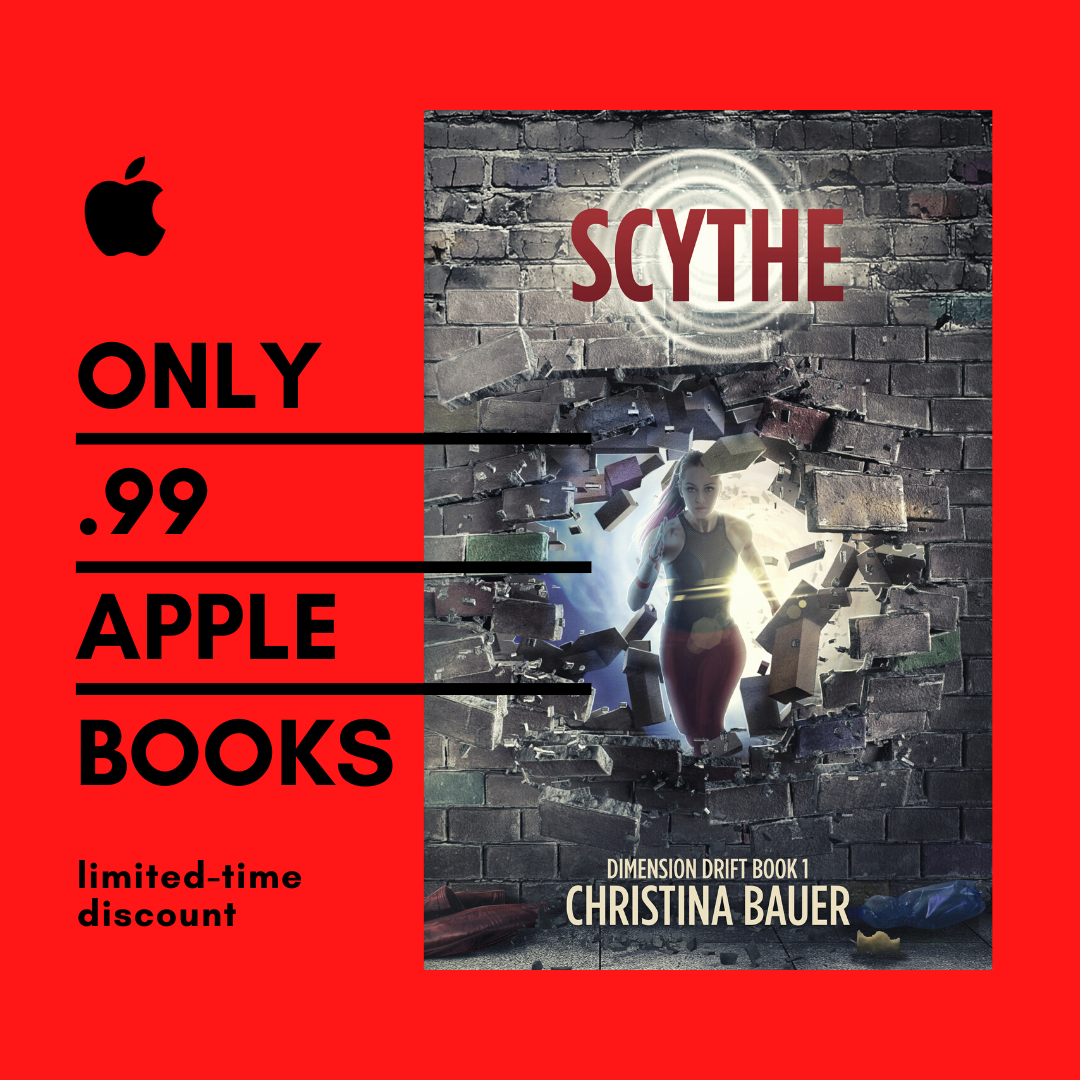 BONUS: It’s all to celebrate the launch of ECHO ACADEMY, Book #4 in the Dimension Drift series!

I’m Meimi Archer, your regular high school science geek for hire. Sure, it’s dangerous to create high-tech gizmos for a criminal overlord called the Scythe, but it keeps Mom and me safely off-grid. Ever since the Authority took over the United Americas, you either live inside a domed city (where you’re watched 24-7) or you scrape by on illegal money while hiding out in the sticks. Guess what category I fall into?

Long story short, everything’s fine until I screw up a job. Badly. My home slips into two-dimensional space-time. It only lasts for a few seconds, but the move still sets off about a dozen government alarms. If they track me down, Mom and I are good as dead. Now I need to pay someone off, hide the evidence, and keep us safe. Fast.