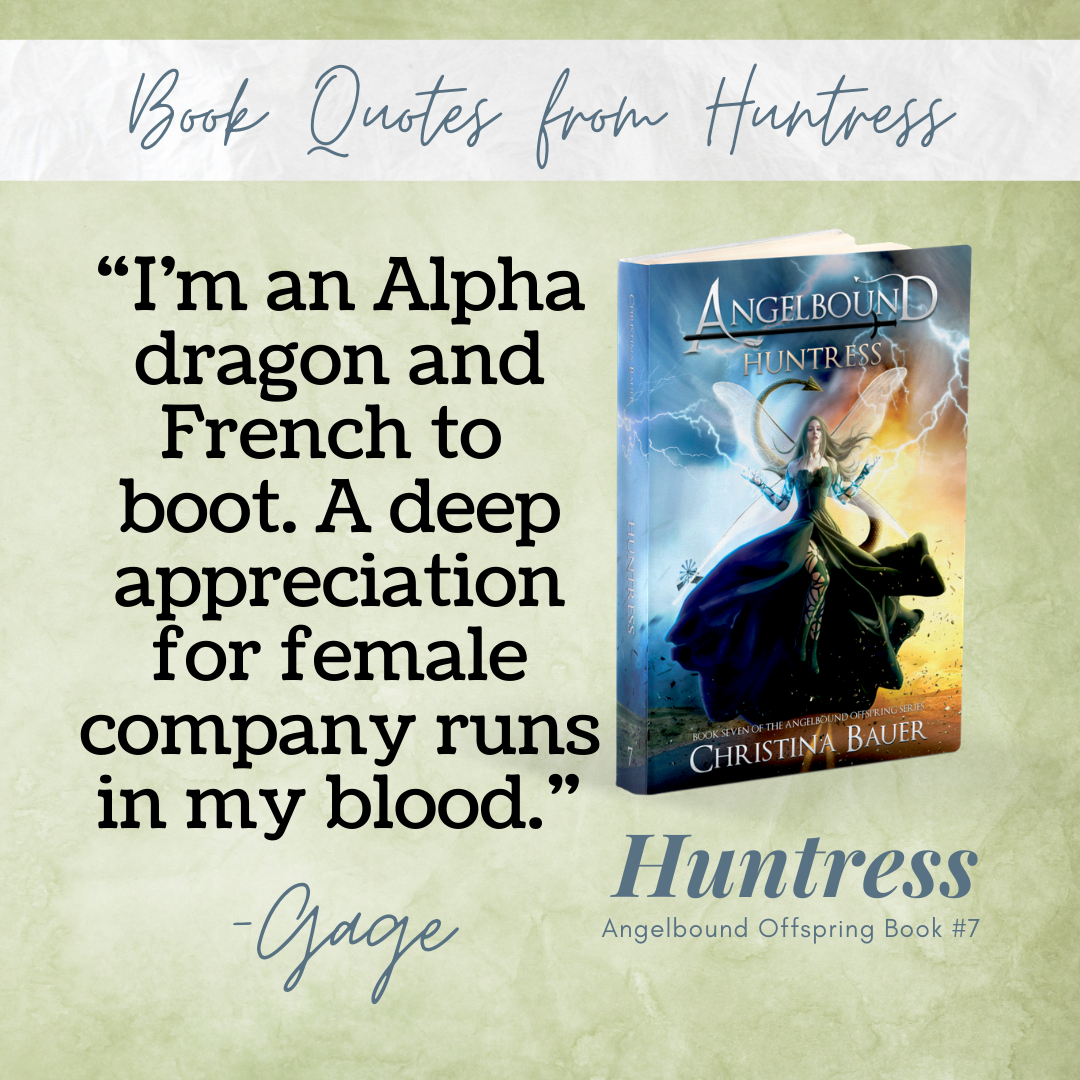 As I write my books, I keep a notebook by my computer. Whenever a line gives me intense feels, I make a note on the page. To celebrate the launch of HUNTRESS (Angelbound Offspring #7), I thought I’d share some of those favorites.

So without further ado, here are some of my best book quotes!