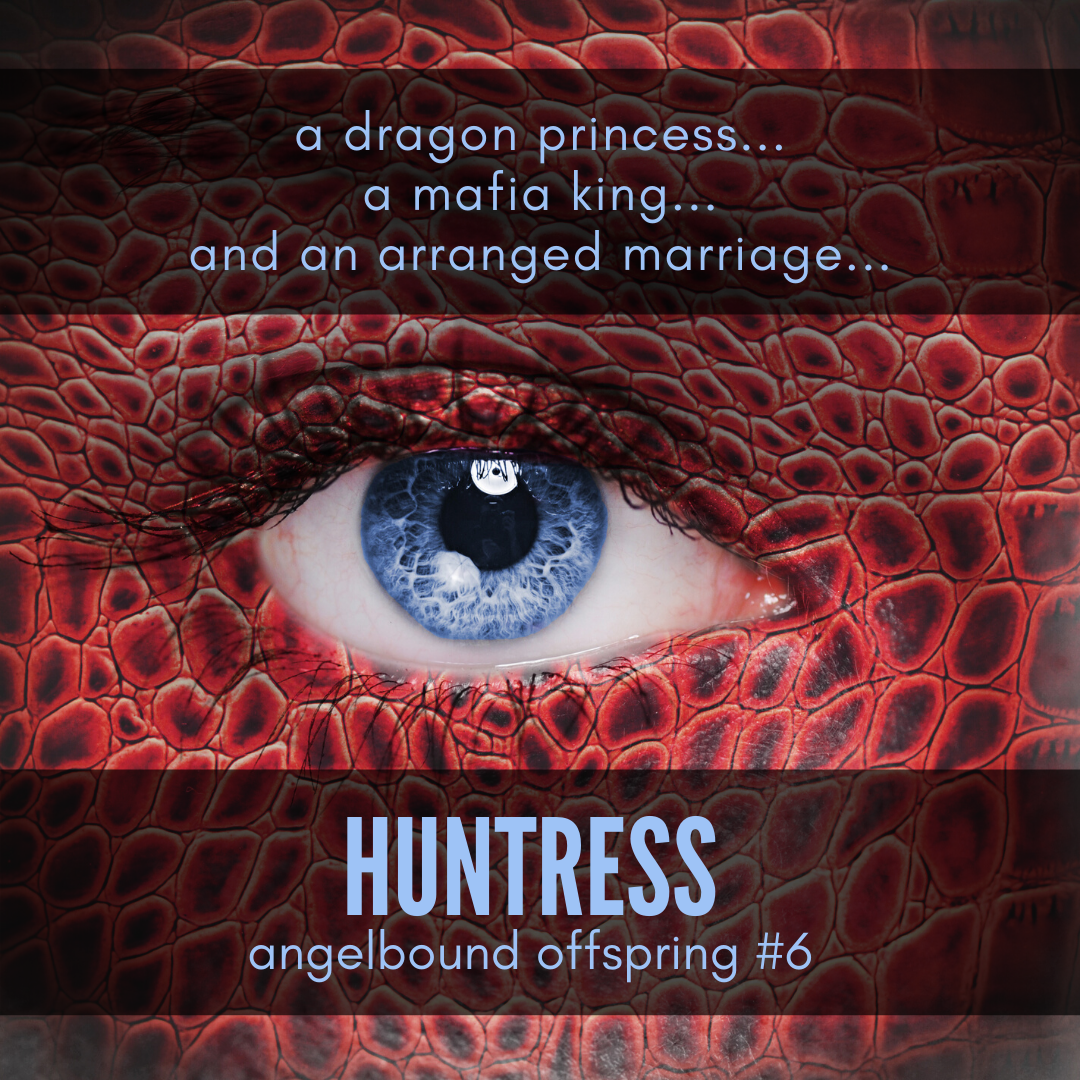 I am soooooooooo excited for book six in the Angelbound Offspring series, I can’t even!!! HUNTRESS combines a cool dragon princess, a hot mafia king, and their arranged marriage. SNAP!!!

Check out the description for HUNTRESS, which launches in spring 2021. Woot woot!!!

Then Huntress meets the leader of the L’Griffe crime family, Gage Beaufort, who is a dashing dragon shifter with a knee-melting stare. The attraction is instant, yet Huntress hates it. Why? Crime syndicates hurt royal authority, which means they threaten her family. Long story short, being with Gage is just wrong. Besides Huntress already has a rock-solid life plan, and that’s to fight alone, forever. No relationships, thank you very much.