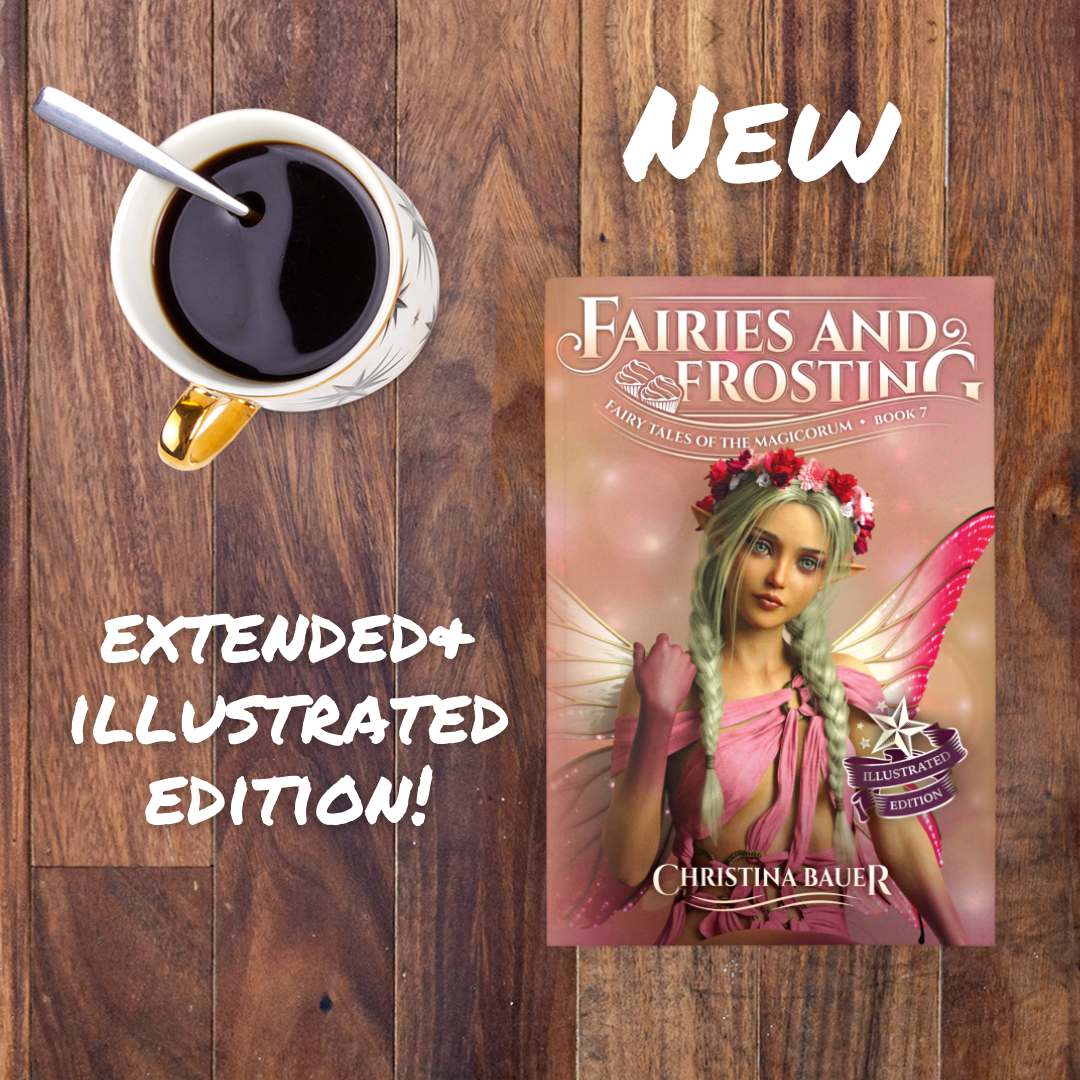 I’m so excited to announce a new, extended and illustrated edition of my latest book, FAIRIES AND FROSTING! I needed to create a version for libraries so I made sure to add a little something-something extra.

This version includes all the images of the regular edition plus a new appendix of visual goodies! It’s available at Amazon, Barnes and Noble, and other cool stores. If you’re unsure, type in this product code: 9781956114041