POSTED ON July 21, 2019 BY Christina Bauer IN Christina, New Releases 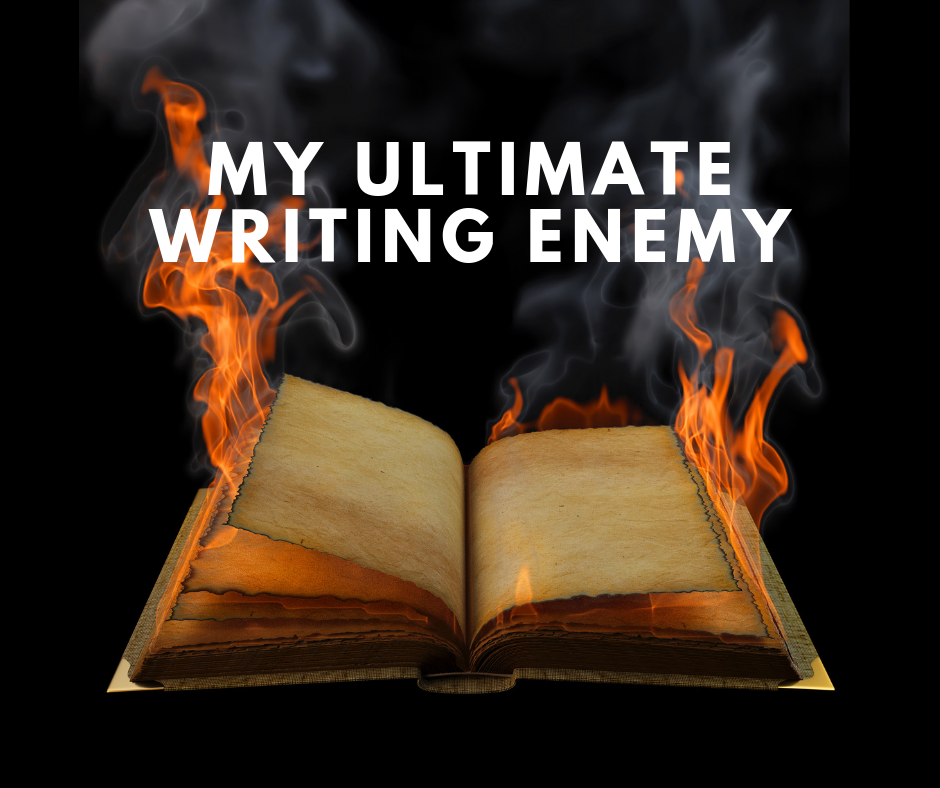 When it comes to writing, much of my work day consists of a constant battle with my ultimate enemy: the verb ‘is.’

Why? ‘Is’ adds no texture, no insight, no sense of action or movement. A blot on the page. A mean-nothing verb that, IMHO, must be avoided at all costs. In my first book, The Pirate Queen, I used ‘is’ once. Yeah, once. At the time, that concession really pissed me off. I literally spent one full week, nine-to-five writing, focused on one damn paragraph that described a pirate ship getting ready to leave harbor. Goddamn it, I was not writing that sucker with the verb ‘is’ in it, and I didn’t. But later on, yeah, I gave in. Whatev.

Years later, I’ve mellowed somewhat. I no longer take umbrage at every use of is, although I do still play what I like to call the ‘is’ game. As in: Is there any freaking way to write this passage without is? The toughest times come when I have to describe scenes. Oh, how much faster it would be to write that the light bulb is hanging from the ceiling, the door is open, my Princely boyfriend is cute. And sometimes I give in.

But more often, I muck around far too long, searching for find a verb that provides insight into how the narrator feels about their surroundings: the door towers before me, the light bulb dangles from a single lonely cord, and my Princely boyfriend swoops in to give me a kiss. See? Better, am I right? The ‘is’ game is worth it. Although, knowing my obsessive-compulsive nature, the ‘is’ game may no longer be a matter of choice. Which brings me to an important disclaimer:

Beware writers: once you start to square off against ‘is,’ you’ve chosen a lifelong battle. Even now, I’m rewriting this freaking paragraph six times to avoid the dreaded capitulation to mine enemy. But going forward, perhaps I’ll have some company in my ongoing war… [Insert Les Mis style fight song here]

I’m talking about you, dear reader. And possible writer. Join me in my esoteric verb-battle that is ‘is.’ I promise no fancy accolades or benefits. Hell, this war will drive you insane. But, if my personal experience is any indication, at least it will be a better use of your time than Solitaire. [Music swells and I give a kick-ass solo]