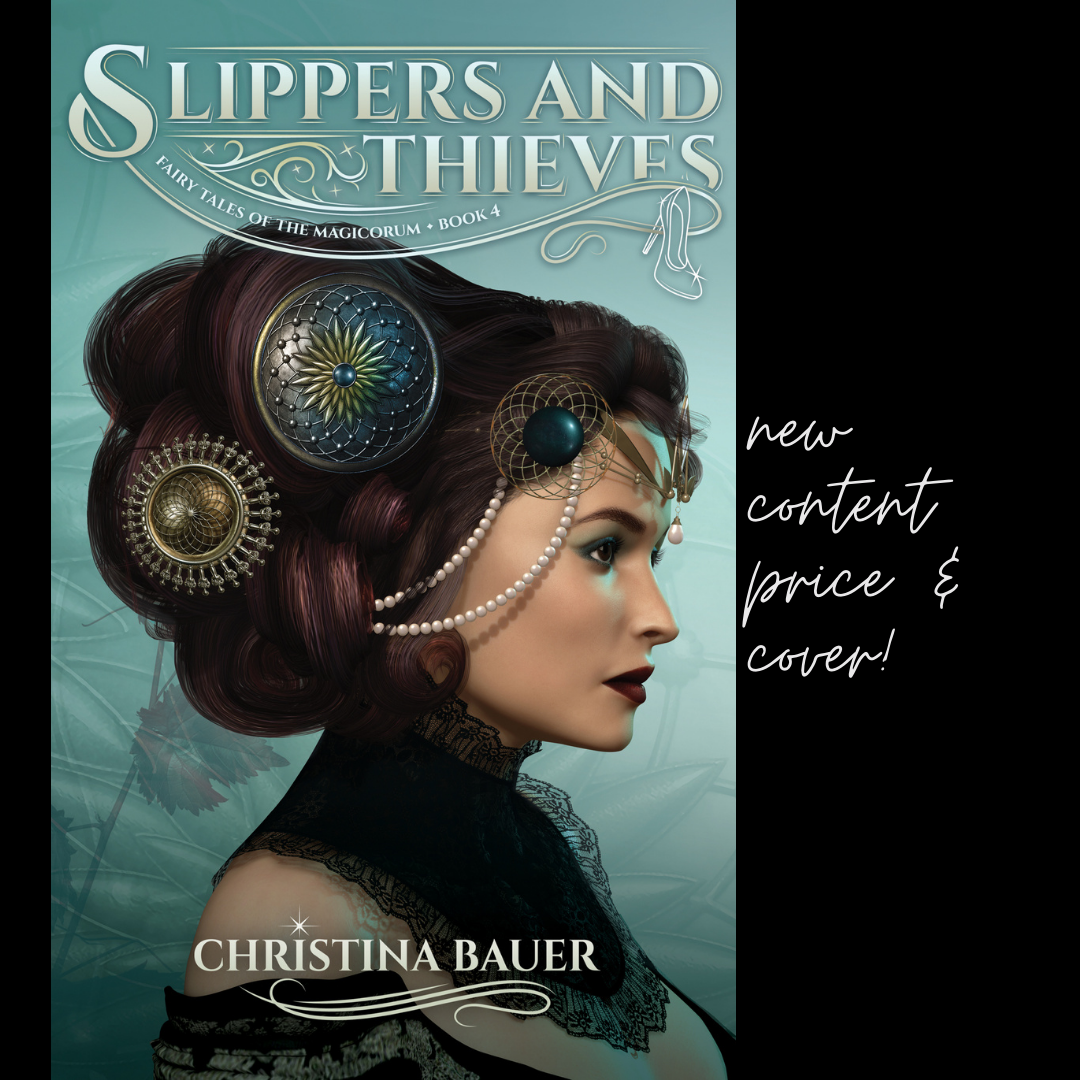 The “best Cinderella” now includes a fresh cover and bonus appendix of extras… PLUS it’s marked down from $6.99 to $1.99 for a limited time on Amazon / Barnes & Noble / Apple Books / Kobo / GooglePlay

Scroll down to the bottom of the page to see the before and after on the cover!

ABOUT SLIPPERS AND THIEVES

BEFORE AND AFTER ON THE COVER

Before we get to the graphics, here’s some background. I’m updating the covers on my Fairy Tales of the Magicorum Series because: And check out how the two new Cinderella covers work together now! The evil stepmother and Cinderella have a face off!!! WOOT WOOT!!!!