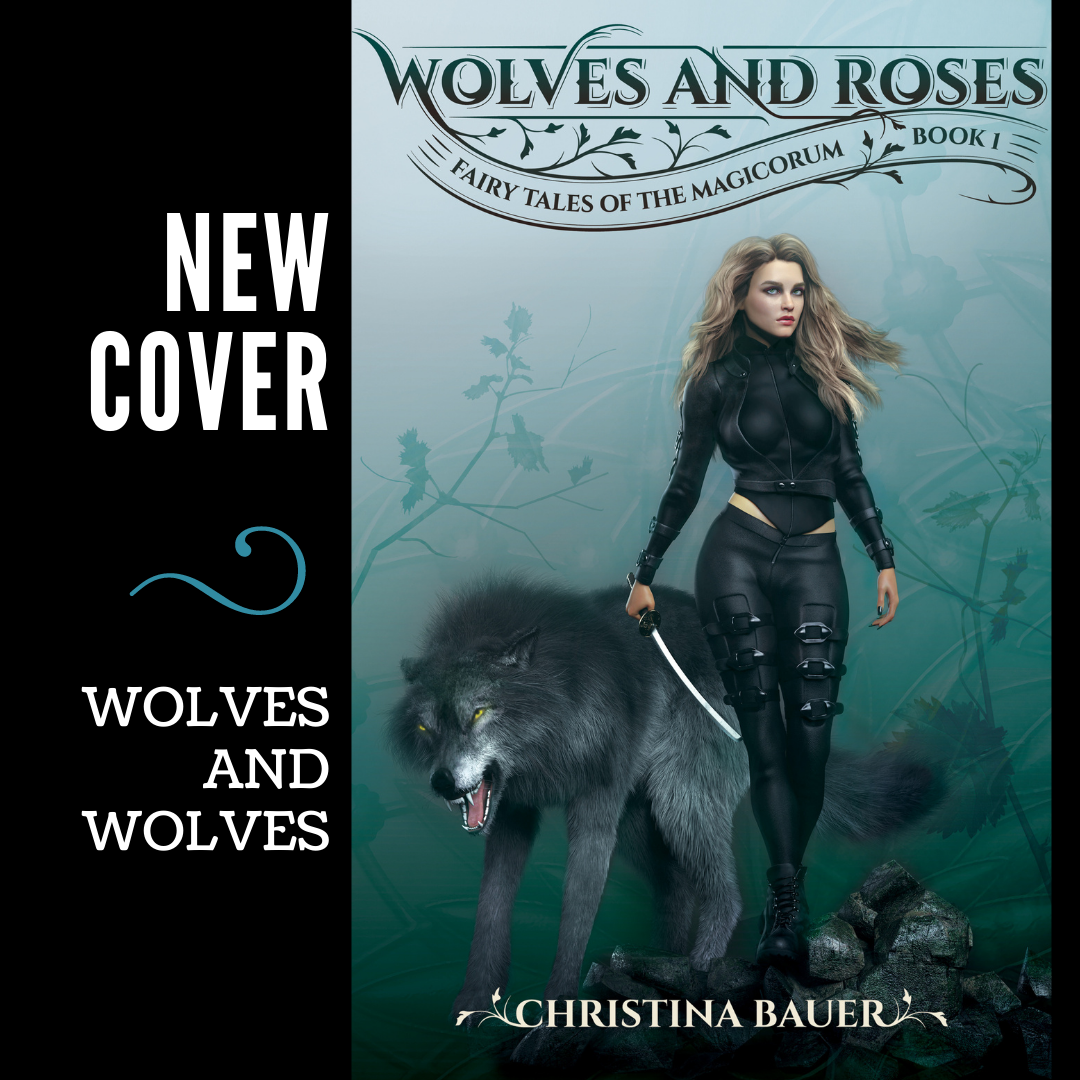 I’m redoing the covers for my Fairy Tales of the Magciorum series, including Book 1, WOLVES AND ROSES! Why update stuff? The Magicorum covers are all over the place. Some are funny, others look dramatic. A few are drawn, most are photos. It’s annoying the fuck out of me.

That said, I’m not just a mindless rage machine over inconsistent covers. I’m also SUPER EXCITED for the next book in the Magicorum series, Book 5, BANDITS AND BALL GOWNS! This journey began when I redesigned that cover and grew from there.

So without further ado, here’s the new cover for WOLVES AND ROSES.  You can see the new cover below. Be sure to scroll down to check out the before-and-after. Fun! Here’s how the cover changed. In the new cover, you see more faces and expressions. It’s also 3D computer art versus photos. As you’ll see, that will now be consistent across the series. Scroll down to see the full print wrap cover!

And here’s the full cover… ABOUT WOLVES AND ROSES

Seventeen-year-old Bryar Rose has a problem. She’s descended from one of the three magical races—shifters, fairies, or witches. That makes her one of the Magicorum, and Magicorum always follow a fairy tale life template. In Bryar’s case, that template should be Sleeping Beauty.

“Should” being the key word.